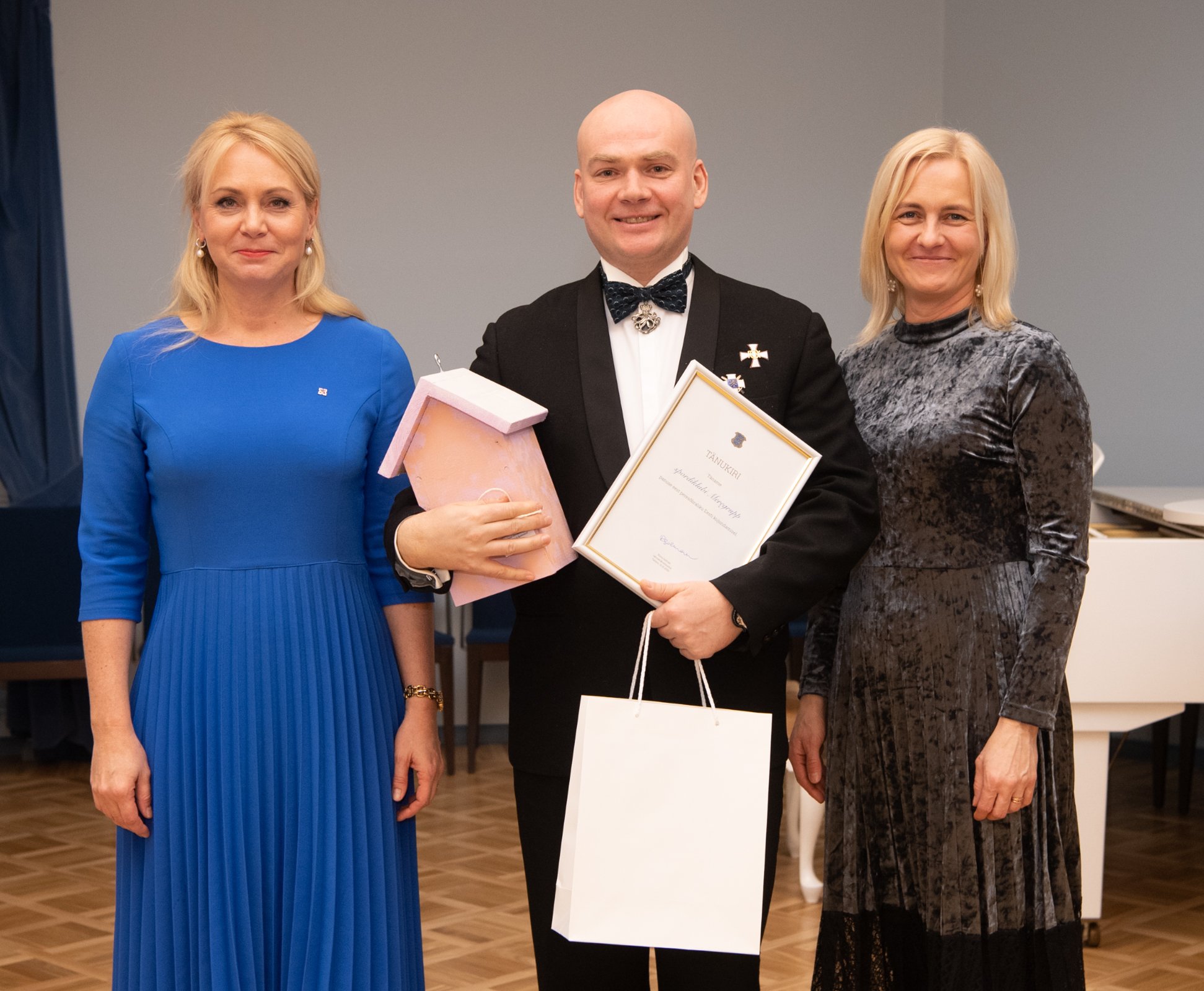 On the occasion of the Independence Day of the Republic of Estonia, the Minister of Population Riina Solman, in co-operation with the Estonian Association of Large Families, acknowledged family-friendly companies and institutions. The first recognition ceremony took place on the 21th of February. All the nominees were chosen together with the Esonian Association of Large Families, and are the partners of the Family Card (Perekaart) program. This year 31 companies received the recognition of “Family-Friendly Partners of Estonia 2020”.

“As the Estonian Minister of Population, I work towards making the family-friendliness a socially valued asset. All of the companies that received recognition this year value large families and understand the greater needs of a large family. In addition to practical steps such as supplementing the services and financial support for families with children, there is also a need to change societal attitudes, which lead to an acutal change in society. By recognizing the family-friendly partners of Estonia, we would like to thank those entrepreneurs who notice and care for families with many children”, stated Riina Solman. Riina Solman has been the Minister of Population since the 29th of April 2019.

How did it all begin?

Aage Õunap, the president of the Estonian Association of Large Families:

“Six years ago, when we started developing the Family Card Program in Estonia, we never dreamed that over the years this idea would become such a big and unique initiative, which will be highlighted and acknowledged by the Minister of Population.

The early years were not easy. It took thousands of miles to knock on the doors of different businesses, tell them our story, introduce our idea to the companies, and persuade them to join the program. Direct eye-to-eye contact seemed to be the only way to introduce our organization and idea. We were sincerely happy when the first partners joined the program.

The Family Card Launch event took place at the Estonian Puppet and Youth Theatre on February 14, 2014, where a family with 7 children recieved the first Family Card. Today, six years later, there are nearly 400 family-friendly partners in the network who offer 500 different benefits to large families. An impressive number, but there is still a lot of work to do.

The most important aspect of the program is the value that businesses create through family friendliness – access to educational and cultural programs, museum and theatre visits for families with many children, more affordable shopping, as well as the opportunity to visit adventure parks, water parks and sports complexes with the whole family. Everyday life in a large family is colorful, but requires a lot of energy and financial resources. In this situation, family-friendly businesses and the Family Card program are invaluable help.

The kids in our network helped to build birdhouses for all the companies that were recognized. The bird houses are made by Kalmer, the father of a large family, and decorated by children of large families. Thank you, Family Card Partners, for keeping our little birds – the children – and all the families.”