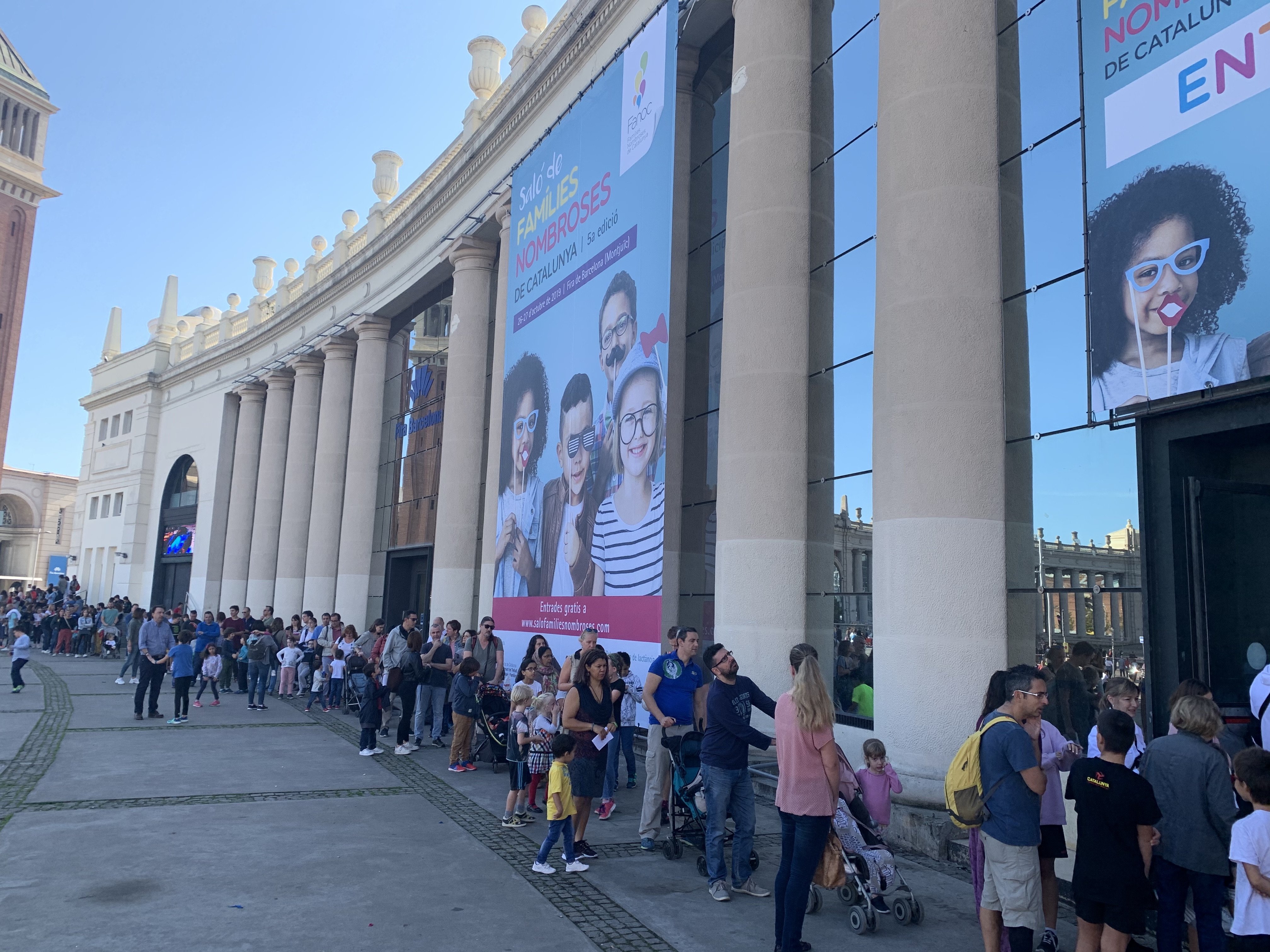 On October 26 and 27, large families had an appointment in Barcelona with the 5th Fair organized by the Catalan Large Families Association (FANOC). More than four thousand people visited during the weekend this Fair for large families, which is a pioneer and the only one celebrated worldwide specifically for this group.

The 5th Fair of Large Families of Catalonia has had the participation of companies of cars, insurance, supermarkets, tourism or languages, among others, all with exclusive offers on the occasion of the Fair. At the same time, many other leisure entities organized workshops, games and activities for the whole family.

Large families were able to participate in an Escape Room, do craft workshops with La Casa de Les Punxes or El Pueblo Español de Barcelona, ​​attend magic shows, do jumps and stunts with trampolines, have a free photo of the whole family or Learn in cooking workshops, ‘lettering’ or even Old Iberian writing. The little ones enjoyed inflatables, dances, musical entertainment and pets, thanks to the collaboration, as in other editions, of Festaland Park and Festa Music, a company specialized in children’s entertainment.

With these activities FANOC wants to claim that leisure activities are more affordable for large families: “We have to take into account – says Raul Sanchez, director – that for a family with three or more children it is very difficult to do together activities such as going to the theater, or an amusement park, or even go on vacation. We want to claim access to family leisure for those who have more members and who financially suffer many difficulties to enjoy and spend time together.

“The assistance has been better than expected -it has continued- and the companies and entities are very satisfied with the result: It shows that there is a lack in the market of products and services that cover the needs of a large family” .

Sánchez claims the role of the Fair to facilitate the lives of large families. “Families realize they are not alone, although having many children in Spain is something almost heroic today.”

Photo Album of the Fair